On-going controversies around free speech on campus have sparked much commentary recently. Aside from the costumary assortment of op-eds on the issue from both insiders and outsiders to academia, the Globe and Mail felt urged to publish an editorial with the self-explanatory title: Why an unabashed embrace of free speech is the best option for our universities.

The editorial builds on the recent fiasco at UBC around the production of a new freedom of expression statement. If you haven’t followed the story, here are the basics: the administration asked a campus committee of 10 administrators and faculty to craft a new freedom of expression statement, but surprisingly, decided not to release it. That is, until the Globe broke the story, which caused a dramatic change of heart in the administration, who made the statement public and invited feedback on it.

The Globe’s editorial takes exception to the statement, which “reaches the startling conclusion that the freedom of expression” is “not of paramount value”.

That is the cue for citing the statements of three private American universities (Yale, Princeton, and the University of Chicago) as models of the unabashed embrace of free speech, save the usual disclaimers over legality. “This is the way UBC and other Canadian universities should go,” asserts the Globe.

That is a facile conclusion for two main reasons.

First, there is the obvious fact that a country’s legal framework provides a context for how universities deal with free speech, and how they might weight other rights and freedoms against it in their institutional policies. The Canadian Charter of Rights and Freedoms and the US constitution deal with freedom of expression differently. The charter includes freedom of expression as one of the “fundamental freedoms,” but does not give it preeminence over other rights. That is not to say Canadian universities should not prioritize it. The point is, Canadian universities have to consider their own legal and cultural circumstances to think seriously about free speech. 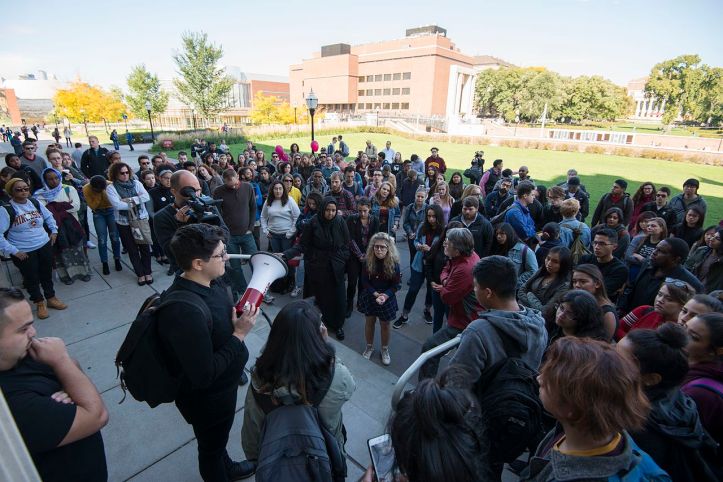 Second, notwithstanding the statements mentioned by the Globe, the assumption that universities are in the business of upholding free speech regardless of context and circunstances is at a minimum debatable. Universities are in the business of supporting freedom of inquiry and education, which hopefully helps academics push the boundaries of knowledge and students become rigorous critical thinkers.

However, this does not imply universities are some kind of Greek amphitheater, where people show up and babble away in the pursuit of truth. Think of all that happens in universities as places of scholarship, and also as work settings. Research seminars, undergraduate classes, campus lectures, departmental budget meetings, faculty senate hearings, and student union assemblies are each guided by a number of behavioral norms, which both allow and constraint speech in multiple ways.

The idea that free speech will promote some sort of intellectual utopia where the unfettered exchange of ideas leads to truth and learning rests on a simplistic mental model of what happens in universities. Even in the United States where the First Amendment reigns supreme, Stanley Fish has been arguing for a quarter century that free speech is a democratic value, not an academic value.

What universities and other academic institutions actually value is the accuracy, relevance, and validity of speech. While academic learning and scholarship must be oriented towards critical thinking and rigorous debate, the sideshow of campus lectures and events of all kinds have myriad goals, formats, and motivations, which may or may not be academic. As far is Fish is concerned, we could get rid of the sideshow and universities would still accomplish their academic missions.

Before we do that, join us for a discussion of freedom of expression with James Turk at OISE this Thursday, Nov 23, at 11:30-1:00. This is a free event but registration is required. And stay tuned for more on this topic in a later post.